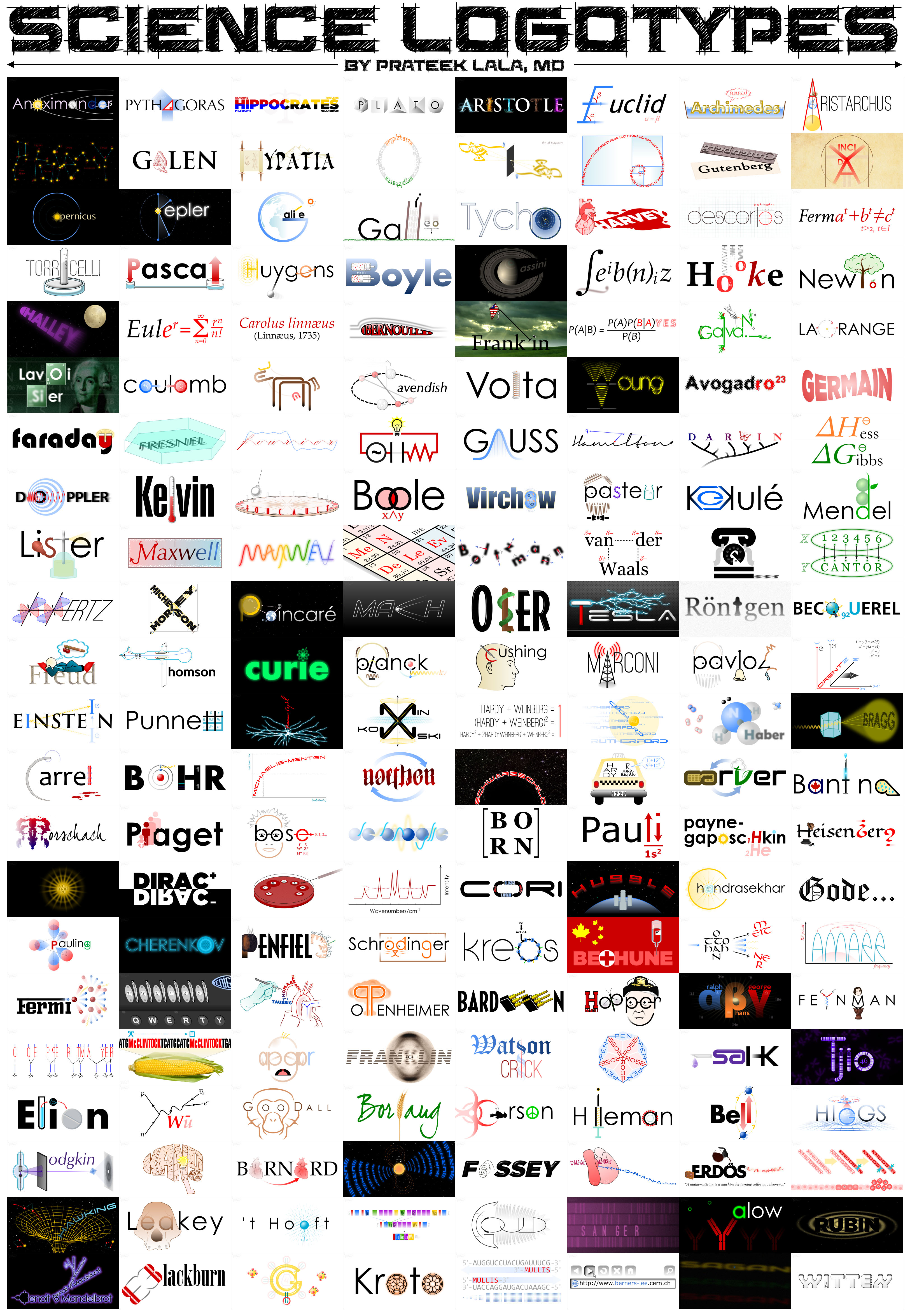 Dr. Prateek Lala created special typographies for more than 50 influential physicists, cosmologists, and mathematicians. These images were included in the Fall 2013 issue of Inside the Perimeter, the magazine of the Perimeter Institute for Theoretical Physics. 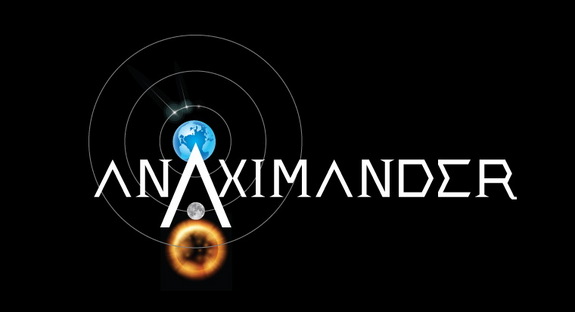 Anaximander (c. 610-546 BCE) owns the title of the world’s first physicist, as the first person to record beliefs that nature followed fixed laws. He conducted the earliest recorded experiment, and introduced the sundial and other instruments.

Niels Bohr (1885-1962) did foundational work in developing subatomic physics and quantum mechanics. His Bohr model of the atom stood out as the first to place a large atomic nucleus at the center and the small electrons in orbit.

Marie Skłodowska-Curie (1867-1934) developed the theory of radioactivity (coining the term in the process), learned to isolate radioactive isotopes, and discovered two new elements, radium and polonium. She also received two Nobel Prizes in science, the only person ever to do so.

Albert Einstein (1879-1955) embodies scientific genius, owing to his general theory of relativity, one of the pillars of modern physics (with quantum mechanics).

Michael Faraday (1791-1867) proposed the then-radical idea of electromagnetic fields extending through space after conducting research into the relationships between electricity and magnetism.

Richard Feynman (1918-1988) made ground-breaking contributions to many branches of physics. He earned a place in physics history with his Feynman diagrams, a pictorial system for figuring out what happens when particles interact. Feynman painted them on his van.

Rosalind Franklin (1920-1958) worked as a biophysicist who used X-ray diffraction data to determine the structures of complex minerals and living tissues, including, most famously, that of DNA.

Galileo Galilei (1564-1642) made extraordinary strides in science and astronomy, as the first person to turn a telescope on the moon, the planets, and the stars. His application of observation to mathematics and theory earned him the title of “the father of modern science.”

Stephen Hawking (born 1942) represents the world’s most famous living physicist, and has done wide-ranging work in cosmology. He gives his name to Hawking radiation – the radiation speculated to come from black holes.

Werner Heisenberg (1901-1976) remains memorable for his uncertainty principle in quantum mechanics, which says a fundamental limit exists regarding how much we can know about a subatomic particle.

Peter Higgs (born 1929), among several physicists, proposed that elementary particles acquire mass by interacting with a new kind of field. After decades of search, the Large Hadron Collider finally found the Higgs boson in 2013, proving the existence of the Higgs field.

Edwin Hubble (1889-1953) measured the red shift of distant objects, and showed that the universe was expanding, making him one of the most important observational astronomers of the 20th century. The Hubble Space Telescope takes its name from him.

Hypatia (c. 360-415) served as the headmaster of the Platonist school at Alexandria, where she taught mathematics and astronomy. She invented the astrolabe and perhaps the hydrometer, and wrote several major books on geometry.

Johannes Kepler (1571-1630) remains a monumental figure in mathematics and astronomy, best known for discovering three mathematical rules that describe the orbits of planets. The second law states that a line joining a planet and the sun sweeps out equal areas during equal intervals of time, as the graphic suggests.

Isaac Newton (1642-1727) stands as one of the most famous scientists who ever lived. He invented calculus, formulated the laws of motion, and proposed the new idea of universal gravitation. He stated that his theory of gravitation occurred to him when he saw an apple fall from a tree.

Max Planck (1858-1947) lives on in his solution to the problem of black-body radiation: He showed that the theory fit the data if light could only come in packets of certain sizes with allowance for in-between sizes. This discovery paved the way for quantum mechanics.

Vera Rubin (born 1928) realized, while studying galaxy rotation rates, that spiral galaxies spun faster than they should, given the amount of visible matter in them. This discrepancy makes up one of the key pieces of evidence for dark matter.

Erwin Schrödinger (1887-1961) famously proposed the Schrödinger’s Cat thought experiment to point out the apparent paradox of the Copenhagen interpretation of quantum mechanics: If a particle may exist in two states at once, can a cat whose fate depends on the particle’s state be both dead and alive simultaneously?

Nikola Tesla (1856-1943) worked in the fields of physics and electrical engineering, where he designed the modern AC electrical supply system. He also investigated how to send electricity wirelessly through the air using instantly-recognizable Tesla coils that produce giant lightning bolts.